Every year, hundreds of thousands of people around the world have a stroke, and many will experience communication problems as a result.

Someone in the United States has a stroke every 40 secondsTrusted Source. And around 1 in 3Trusted Source people who have survived a stroke have difficulty communicating afterward, according to the United Kingdom’s Stroke Association.

Some assume that people who have difficulty speaking have difficulty thinking, too. This is not necessarily true. After a stroke, a person’s ability to think and communicate depends on the part or parts of the brain affected.

Having a stroke can be frightening and frustrating, and if the person is unable to explain their experience, this can extend the trauma.

Communication may also be challenging for friends and family members, who may feel embarrassed or at a loss for words. They may feel as if they are not engaging with the person they once knew.

Poststroke rehabilitation can help people regain some or all of their skills. Speech therapists specialize in communication, and nonspecialists can also play key roles in recovery.

It is important for friends and relatives to understand that what a person expresses externally after a stroke does not necessarily reflect what is going on internally.

It can help to remember that the person who experienced the stroke is still the same person, though they face new challenges.

Below, we look at how a stroke can influence the ability to communicate and how a person recovers communication skills. We delve into specific strategies for regaining these skills, some of which were honed from firsthand experience.

How does a stroke affect communication?

A stroke is a brain injury that results from bleeding or a blockage in the brain. The effects can be sudden or gradual, and the damage may affect various aspects of mental and physical health.

A stroke can affect a person’s use of language in a variety of ways. For example, it can impair the processing of language. Also, paralysis or weakness in the face, tongue, or throat muscles can make it hard to swallow, control breathing, and form sounds.

The type and extent of difficulties communicating depend on the form of stroke and the kind of injury.

ThreeTrusted Source conditions may affect communication after a stroke: aphasia, dysarthria, and dyspraxia, and we explore these in detail below. A person may experience one or a combination of these conditions.

Aphasia, or dysphasia, results from damage to an area of the brain commonly referred to as a language control center.

Damage to the Wernicke’s area can lead to receptive aphasia. This makes it difficult to understand long, complex sentences, especially if there is background noise or more than one person talking.

The person may feel as if others are speaking a foreign language. Their own speech may also become incoherent.

If there is damage to the Broca’s area, expressive aphasia can result. A pesron with this condition can understand others but is unable to express themselves verbally. They can think the words but cannot speak them or put them together to make coherent sentences.

A person with expressive aphasia may form sounds, short words, or parts of sentences, but they may omit words or use incorrect words. The person may have the word “on the tip of their tongue” but be unable to get it out.

The speaker with this condition may feel that they are talking normally, but to a listener, their speech may be incoherent. Listeners may believe that the speaker is confused when they are not — they just cannot get the ideas across.

Damage to multiple areas of the brain can lead to mixed, or global, aphasia. This can create challenges in all aspects of communication, and the person may be unable to use language to convey thought.

It is important to understand that aphasia does not affect intelligence.

It may only affect one type of communication, such as reading, listening, or speaking, or it may affect a combination.

Dysarthria and dyspraxia relate to the physical production of sounds in speaking.

A person with dysarthria can find the words but cannot form them because of a physical problem, such as muscular weakness. As a result, words may come out slurred or in short bursts. This does not necessarily reflect the person’s state of mind.

Dyspraxia involves difficulty with movement and coordination. It can cause the muscles related to speech to not work properly or in the necessary order.

Some other changes that can make it hard to contribute to conversations include:

Some of these changes may make it seem as if the person is depressed when they are not.

A person may realize that they are experiencing these changes. If so, letting others know about the situation can help prevent misunderstandings.

However, a person with anosognosia is unable to recognize that anything is wrong, due to damage to the brain. This can hinder their recovery.

Other challenges to communication after a stroke involve mood, fatigue, and additional factors. For example, if a stroke results in vision or hearing loss, this can affect communication, including the ability to write.

Tiredness is a common result of a stroke, and conversation can be tiring if it requires a significant amount of effort.

Also, stress can exacerbate communication problems, especially if the person or others become impatient. Mood and personality changes resulting from effects on the brain may further add to the strain.

What does a speech therapist do?

Speech therapy is a key part of rehabilitation after a stroke.

A speech therapist helps people with swallowing, which a stroke can severely impair. The ability to swallow can affect how well a person produces language.

The therapist also helps teach and practice activities that include:

Communication technology, such as voice simulation, has expanded the range of ways to practice and improve communication.

Tips from people with firsthand experience

Speech therapy is a key part of rehabilitation after a stroke.

A speech therapist helps people with swallowing, which a stroke can severely impair. The ability to swallow can affect how well a person produces language.

The therapist also helps teach and practice activities that include:

Communication technology, such as voice simulation, has expanded the range of ways to practice and improve communication.

Medical News Today received tips from two people, Peter Cline and Geoff, both of whom have worked hard to regain communication skills after a stroke.

Peter, an engineer, had a stroke at the age of 59 when he was just starting a holiday in Tasmania. Geoff, who ran his own business until his retirement, was living in Spain when he had a stroke.

We asked what advice they would give to people facing communication challenges in this situation.

They also gave us some don’ts:

Geoff told MNT that he feels his communication skills “go up and down.” It becomes harder for him to communicate when he is tired and when there are more than two people in the conversation.

Both Geoff and Peter have made remarkable progress, and they each offered some words of encouragement for people who have had a stroke.

“Take time to recover, and, when communicating, take time to explain, and don’t let yourself feel rushed.”

Peter explains that after a stroke, a person might feel as if they are in a bubble. “It helps if you can get someone to understand that,” he says. 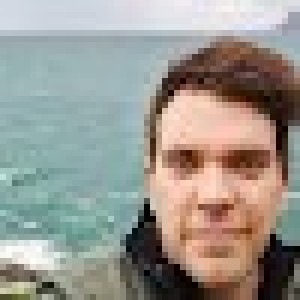